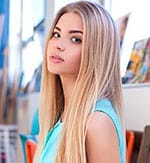 Czech girls rock! That is the official unbiased opinion of better than 99% of the guys who travel to Prague each year.

OK, I made that up, but Czech girls are hot – amazingly hot. But don’t believe me.  Here is a list of a few of the better known sexy Czech women:

I’m not sure, but that group of Czech models probably have about a dozen Sports Illustrated and Playboy covers among them, maybe more.  When you stop and consider that the population of the Czech Republic is only about ten million those are pretty amazing statistics.

Really, Czech partisans can argue that Czech girls are the most beautiful women in the world, and, frankly, they have some very compelling evidence for that argument.

One of the great things about trying to meet Czech girls is that many of them speak English.

According to the most recent statistics 27% of Czechs claim to be conversant in English, but I suspect that number is significantly higher among Czech women under thirty.

The country has a world class education system, one of the best, and English is widely taught in secondary schools and universities. Older generations usually took Russian as a second language before the collapse of the Warsaw Pact in the early 1990s and an even older generation would have learned German.

The Czech Republic is in the center of Europe and it has been tossed to and fro by the currents of European history for 1,500 years. These changes in the language are a result of those historical currents.

And trust me, even with all of the amazing new translation technology it is not easy to develop a real romantic relationship with a woman when you don’t understand anything she is saying. Her beautiful lips are moving her words sound like music, but you don’t know the song.

Czech Dating – Are You Up For The Challenge?

Of the former communist countries in Central and Eastern Europe, the Czech Republic has one of the most successful and developed economies. Its strong industrial tradition dates to the 19th century when Bohemia and Moravia were the industrial heartland of the Austro-Hungarian Empire.

It also has a great educational system and in the late 1980s and early 1990s, it was a real hotbed of international dating.

That is not nearly as true today for a variety of reasons, but mainly because Czech society is not the sort of heavy-handed male-dominated paternalistic society that mail order brides in other parts of the world are trying to escape from.

In fact, Czech women are probably as independent and liberated as women from any Western nation.  So, to woo a hot Czech girl you are really going to have to bring your best stuff to the ballgame or woe to you. That is a fact!

Unlike Russian or Ukrainian girls, in Prague women are not going to be impressed simply because you don’t get falling down drunk every day.  Czech men have set the bar pretty high because they treat their women very well.

Worse, many American, Canadian, and even other European guys interested in international dating do not understand that there really is a difference between Czech brides and Russian brides.

It is a member of the European Union and there are a slew of laws and regulations protecting women’s rights and promoting the Czech welfare of women and children.

So, if you are one of those guys who should not be considering international dating anyhow, then forget about visiting Prague.

But even if you are a decent guy, like most of our readers, and you are thinking it will be easy, well Prague is not Bangkok or Manila. These women are not going to throw themselves at your feet even if you are the top Cadillac salesman in Houston.

Even the approach that works like a charm on the ladies in Moscow, Kiev, or Minsk will probably get you nowhere at all in Prague or Pilsen.

Culturally these women are much more like American, Canadian, or French girls, so you have to play it that way.  Be a lot more laid back and do not push things.

The simple fact is that is not going to be as easy to land a stunning Prague girl as it would if the same lady was from St. Petersburg, Odessa, or especially Vladivostok.

So, if you’re not up for the challenge, you may want to check out our hot Ukriane brides instead. They are amazing.

How to Get a Czech Girlfriend

You do not have to be a metrosexual, but you should try to dress nice, be polite, and show a little education and class.  I know this is not advice that my loyal readers from Western Australia and South Alabama want to hear, but I am just trying to give you the straight scoop.

Czech women are highly educated, cultured, and sophisticated. This is the land of the writers Franz Kafka and Jaroslav Hašek. Hašek’s antiwar novel, The Good Soldier Švejk, is the most widely translated Czech novel and you should at least have an idea of the Cliff Notes version or most Czech women will consider you an uncouth barbarian even if you have a Harvard education and a Yale degree.

The music of the great composers Antonín Dvořák and Gustav Mahler is still popular and you should try to listen to it before you visit.

A little classical music could not hurt you.

And a little understanding of Czech culture could not hurt you with smoking hot Czech models, actresses, or college girls. Without some understanding of their rich cultural tradition, they are going to probably think you are simply a garish American lout.

They really are very proud of their country and not knowing anything about it is going to invariably offend them.

Do your homework and maybe you will land a beautiful, cultured Czech lady to help you with your housework.

No, she almost certainly will not want to do everything around the house like a Vietnamese wife, but she will be educated, sophisticated, and cultured. She will probably help you broaden your horizons and see the world in a different light.

If classic European beauty sounds attractive to you then the Czech Republic is a great place to visit in search of the love of your life.

The lure of hot Czech girls has been apparent for a long time and in the closing days of the Second World War the United States Third Army under Patton liberated much of the Western part of the country. On to Czechoslovakia and fraternization! How in hell can you stop an army with a battle cry like that?

Sadly, for two million American GIs the pencil pushers in the Pentagon kept him from taking Prague, but the World War II tour there gets rave reviews.

And you don’t have to fight your way past pillboxes and minefields to get to the Czech Republic.

In fact, one of the most attractive things about pursuing a Czech lady is that it is easy to travel to Prague and from there you can explore the rest of the country.

Flights are easy to schedule and there are a lot of nice hotels in Prague. They tend to be a little more expensive than in Ukraine or some of the other Eastern European dating destinations, but the Czechs have a long tradition of great hotels and it is probably worth it.

Prague is a great city to visit! I have heard that men even visit to see other attractions besides stunning Czech ladies. Well, to each his own, but if you are interested in the most attractive attractions in short skirts and sexy blouses you should read our article about how to meet sexy Czech girls in Prague.

Single Czech Women – What Do They Want?

Czech women tend to be very educated, cosmopolitan ladies, particularly in Prague, and they are not going to appreciate loud American men who think that real Budweiser is from St. Louis, Missouri.

Know I know that some of the guys reading this will think, “Wait just a second, Mister Know it All, I’ve been on the brewery tour and seen the Cardinals play in Busch Stadium.  You’re darn tooting Budweiser is from St. Louis!”

Any hot Czech bride will tell you in a hurry that real Budweiser is brewed in the Czech city of Budweis and has been since 1785. Just nod when she says that Budweiser is simply a poor knock-off of the original because this is not an argument you are going to win.

Czech girls do love their beer, so even though they are often considered the most beautiful, cultured, and well-educated mail order brides, you still have something in common with them.

My suggestion is that you get your Czech date to tell you her favorite beers and have a little taste test.

Trust me, you can ride this pony back and forth across the Czech Republic as long as you want; it’s a great date idea.

The Czech Republic is located in Central Europe.  During the Middle Ages, it was known as the Kingdom of Bohemia, but after a disastrous defeat against Ottoman forces at the Battle of Mohacs in 1526 it slowly became a part of the Hapsburg Empire until the dissolution of the Austro-Hungarian Empire in 1918.

From then until 1993 the Czech Republic was part of a larger nation known as Czechoslovakia.  It was more or less an arranged marriage between Czechs and Slovaks that resulted from the Treaty of Versailles after World War I.  Neither of the countries were particularly wild about one another.

Eventually, the Czechs claimed they had grown apart and developed different interests. The Slovaks said the Czechs had forgotten were they came from, so the countries had an amicable divorce, without a civil war, and the Czech Republic and Slovakia became independent countries.

However, one point that you should be very clear on is that the Czech Republic is not and never has been a backward third world country. 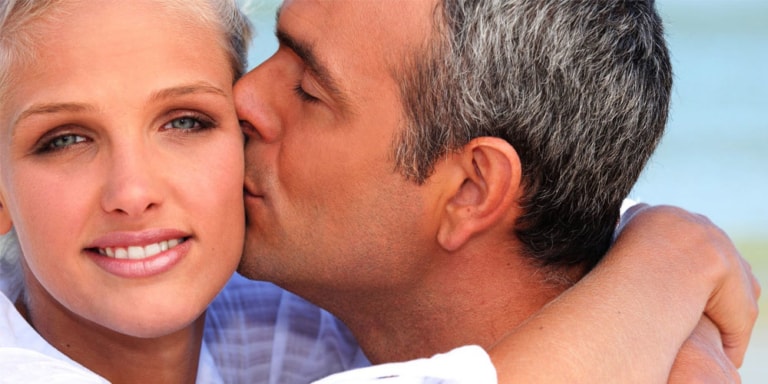 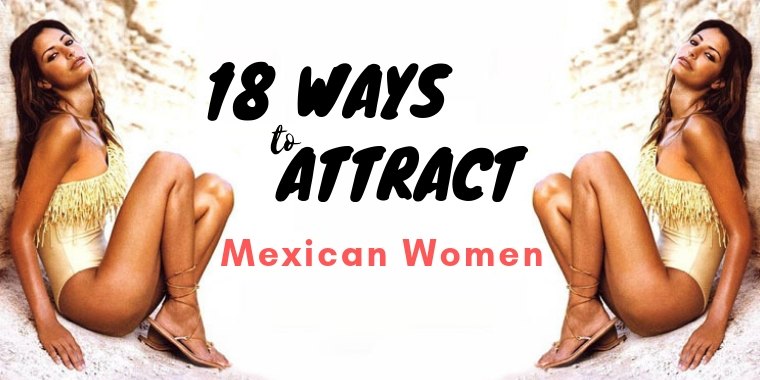 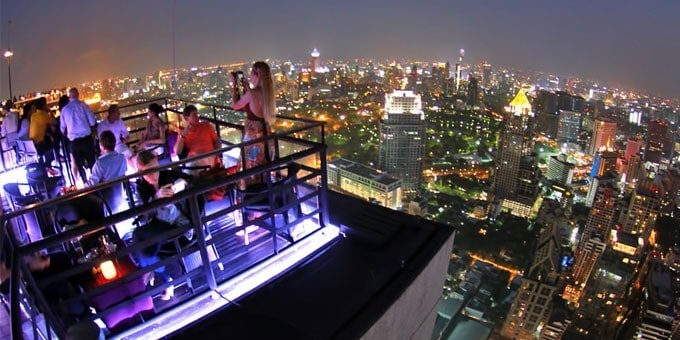 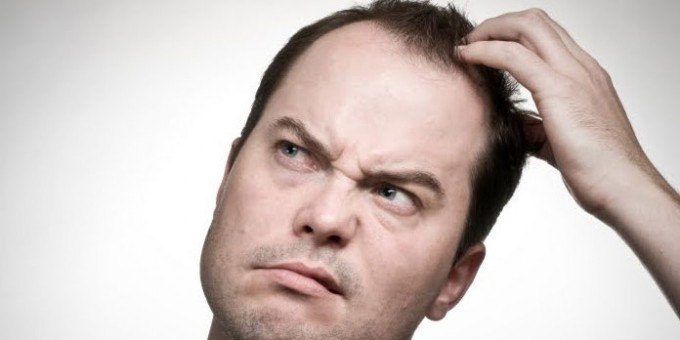 Marriage Agencies – How They Work