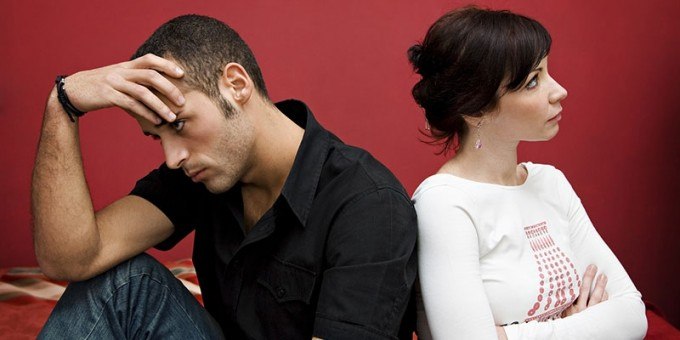 “She Will Divorce You When She Gets Her Green Card:”

Mail Order Brides and The Myth of Green Card Marriages

One of the most surprising facts for many people is that these marriages really work. These are not sham marriages in any way shape or form. It is an amazing story, but the facts are clear.

Statistically a marriage between a Western man and a mail order bride is far LESS likely to end in divorce than other marriages in the United States, Europe, and other Western countries. Sadly, this fact has been obliterated by a mountain of negative propaganda and flat out lies from the anti-mail order bride mafia.

So, as soon as you tell your brother in law, co-workers, Army buddies, or guys at the gym that you are considering pursing a relationship with a mail order bride the first thing someone with says is, “She will divorce you when she gets her green card.” These statements cast the grooms as fools, the brides as scammers, and international dating as some sort house of mirrors where nothing is what it seems to be.

And your acquaintance will make this harsh statement with the absolute certainty of an astronomer predicting tomorrows sunrise. The general public in the United States is absolutely certain that these relationships are just green card marriages and as soon as a foreign bride gets her permanent residence, known as a green card in the United States. Most people are sure that the women will immediately file for divorce from the poor sucker who wasted his time and money to bring her back to his country as soon as she can stay in the develop.

It is a blatant example of mail order bride shaming and it hurts the thousands of families that started on Loveme.com, Amolatina, or another site. It leads to unfair gossip about families because of how they met and worse makes children embarrassed about their parents.

It is unfair, but it’s easy to find smart aleck posts on Yahoo Answers about “Green Card Brides” and “Sexy Mail Order Vixens,” but this is more than just one of the biggest myths about international dating. It is an absolute lie. It is not a mistake or fair disagreement about what the data shows. The mainstream media bias against international dating is amazing. Check this article out for a blatant example of how anti-mail order brides twisted a Reddit with overwhelmingly positive responses into a negative propaganda coup.

This situation has been going on for decades although everyone knows that there are good reasons why so many women sign up to meet foreign men. Generally, marrying an older foreign man is a beautiful life changing event for the woman and here children, but it is also usually an amazingly good event for the groom too. Really, the best thing a 53-year-old bachelor can do for his health is to get married, especially if he marries a younger woman. Don’t believe me? Check out this article that explains the overwhelming evidence that married men live healthier, richer lives.

Despite these facts feminists have railed against modern international dating from its earliest days in the 1990s. They have been amazingly successful at getting the mainstream media to accept their version of the international dating as a sleazy, corrupt, and often criminal enterprise.  For years that was easy to do, because there was so little research on the issue, but now a lot of young scholars, most of whom initially believed the feminist narrative, have begun to deliver a mountain of positive scientific research.

And one of the things they have discovered is that there are apparently a lower divorce rate among couples that meet on international dating sites than there are for other husbands and wives.  Think about that for a moment.

Despite all of the propaganda to the contrary, the best official estimates in the United States and the European Union show that marriages that start on international dating sites are much more SUCCESSFUL than other marriages.

Really, the evidence has been available for years, but the feminists convinced people that it simply could not be accurate.  For instance, in 1997 Dr. Robert J. Scholes, in an official report to the United States Congress, explained that:

…marriages arranged through these services would appear to have a lower divorce rate than the nation as a whole, fully 80 percent of these marriages having lasted over the years for which reports are available.

Although, this is positive data you can see the double standard of the anti-mail order bride academics in his statement, because to placate the anti-mail order bride academics he has to slide in the weakening phrase “would appear to have” in front of the positive data about the low divorce rate. That is the sort of standard feminist bias that is constantly pushed into discussions of international dating.

In her 2016 book, Buying a Bride: An Engaging History of Mail-Order Matches, Marcia Zug, a law professor at the University of South Carolina strongly supports the contention that these are not green card marriages.  One marriage agency she contacted reported 600 marriages and 21 divorces in the previous seven years.  She does say that it is hard to get exact numbers, but she is upbeat the about these relationships.  She explains in her conclusion that, “…one study claims the success rate for mail-order marriages is 80 percent after five years, which makes it comparable to conventional domestic marriages, or perhaps slightly better.”

Here is our full review of Buying a Bride.  If you are really serious about marrying a foreign woman I highly recommend you give it a read.

Finally, a well written paper from Shalie Holloway, a student at Colombia University, sums up the data well. Her numbers are conservative, but her discussion of divorce in the Abstract deserve to be quoted at length.  She wrote that marriages between mail order brides and American men have a lower divorce rate than overall marriages, “…divorce rates in mail-order marriages for which the courtship period lasted more than 4 months were between 35.8 and 41.3 percent when compared to the overall US divorce rate which is 48 percent (Statistics Solutions, Inc).“

So, the no matter how you analyze the data the new about international dating is good.   Perhaps, they are 40% more successful or may only 6.7%, but every serious academic to examine the issue, many with a deep bias against the online mail order brides, agrees these marriages work.  That is something that the many of the youngest researchers no longer even question. However, the question of why they work is a lot more controversial.

Why Are Mail Order Marriages So Successful?

You would assume that the fact that the evidence shows that so many educated, ambitious women from poor, heavily patriarchal countries where the concept of sexual assault is often ridiculed were able to better their lives with marriage you.  If so, you would be wrong – very wrong.

Feminists attack the idea that any of these women had a choice about signing up for international dating websites and eventually dating and marrying a foreign man. This is patently ludicrous.

Dating is always a hassle and dating a foreigner does lead to certain additional challenges. It defies logical explanation to believe that any of these women have been coerced in any meaningful sense of the word into going through the emotional stress and bureaucratic hassle of actually marrying a foreign man.  For women, it is a fairly complicated process from sign-up through honey moon and there is no evidence that the agencies are emotionally or physically compelling these young ladies to start or continue the process.

They first they attack the idea that any of these women actually make these decisions freely.  As Marcia Zug explained in Buying A Bride: “Many of the harshest critics of these marriages argue that there is no such thing as a consenting mail-order bride; mail-order marriage is simply another name for human trafficking.”  Of course, the fact that none of these critics have any evidence for that does not slow them down, because the evidence suggests that these women know the myths and misconceptions about international dating very well.

In fact, according to some experts there is heavy competition among the women – JUST TO GET LISTED – on the best websites.   And today in Russia, Ukraine, Colombia, Thailand, Philippines, and other countries with lots of mail order brides it is hard to meet a woman who does not have a sister, aunt, cousin, or friend living in Los Angeles, Perth, London, Toronto, or another nice city in a developed Western country.

So, the women know what they are getting into and that clear eyed understanding of what is going to be required is one of the biggest secrets to a successful marriage. But there is more going on than that to account for this uncanny level of success.

A big reason that mail order brides are happy is because the men who they date and eventually marry are generally a great group of guys.  Yes, they do tend to be older with the average age of men falling somewhere between 50 and 60, but they are men who are successful and generally well socialized.

Often, the men are introverts and who have never been able to develop good dating relationships in the fast paced, high stress dating culture that is such a part of life in Europe and the United States.  Many of them are highly educated and most have thought a lot about all of the issues surrounding international dating.

But the truth is that the reasons international dating is such a such a successful way to find a bride has not really been adequately researched.

One reason might be that in an international marriage that starts through a mail order bride agency that there is a real expectation from both the bride and groom that they are going to have to work to make the relationship work.  Another reason might be that both parties in the marriage have often been told by friends and family that it won’t work and so they work doubly hard to make the marriage last.

Or perhaps, part of the reason for success is because, generally, the men in these relationships are a little older and wiser than in most marriages.  Most men are better husbands at forty-five than at twenty-five.  He is probably far more financially successful and almost certainly drinks less than he did in college.  Reducing the friction those two factors, finances and alcohol, cause in most marriages off table are certainly part of the reason these relationships succeed.

And in these relationships the man knows that he is investing time and effort into the process of finding a bride.  It is well within the means of a middle class guy from the United States or most other developed countries to afford the cost of a mail order bride, but perhaps actually spending a substantial lump sum of money to romance a girl helps make him more focused on success.

Regardless of the reason, the best evidence shows that international marriages work! These are not green card marriages and most of the relationships are happy and fulfilling.  What you decide to do with that evidence is solely up to you. 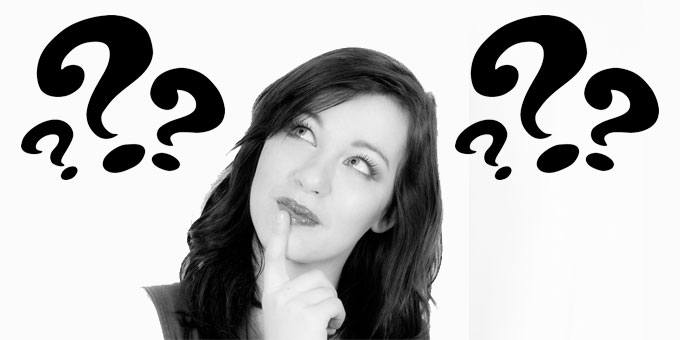 How Do Mail Order Brides Work? 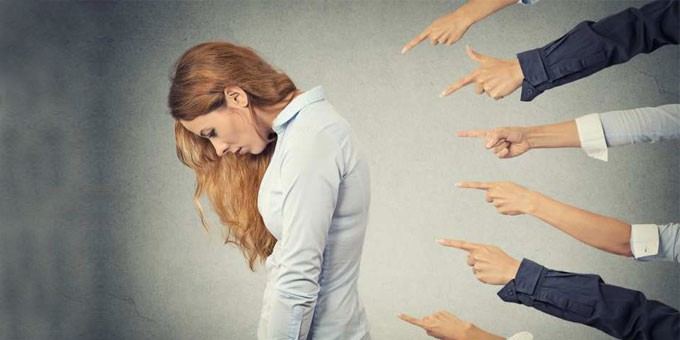 The Curse of Being Awesome: Mail Order Bride Shaming 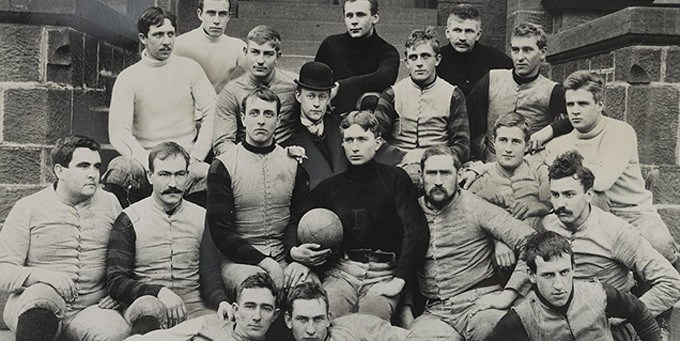