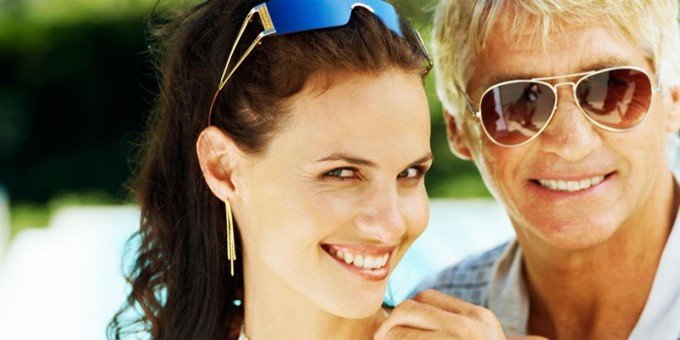 On the International Love Scout home page we state that, “Marriage, well at least a good marriage, really is about the best thing a man can do for his health and general wellbeing.”  Some guys have let us know that they just don’t buy it. They believe that we are trying to spin everything to get them to sign up with one of the international dating agencies we represent.

On the International Love Scout home page we state that, “Marriage, well at least a good marriage, really is about the best thing a man can do for his health and general wellbeing.”

Some guys have let us know that they just don’t buy it.  They are adamant that they do not believe that marrying a mail order bride would help them have a richer, fuller life.

Of course, the idea that marriage is great sounds strange to a lot of guys, especially ones that have recently been divorced, but there is a mountain of scientific evidence supporting that assertion. So, regardless of your own experience or what you hear at Waffle House, statistically it is true. A good marriage makes a man healthier and wealthier.

Don’t take our word for it, check out this article where a researcher at a respected American university recently said that, just being in a well-adjusted, long-term romantic partnership with someone may be the underlying mechanism, to men being happy.

Marrying a Younger Woman Might Be Good For Your Heart

Yes, today in most of the world, at least in the US, Canada, Australia, and the EU, a man does not really have to get married simply to get a girl in bed. In fact, in many countries, particularly in Scandinavia, living together without getting married is almost universal; couples may get married after living together for months, years, or even decades, but many don’t.

Other guys want to play the field and date around as long as they can, and for guys with the right attitude that’s also not tough for a man today.

Heck, a lot of guys come to International Love Scout trying to figure out how to go about date foreign women. That is really cool. It’s a lot of fun to be a playboy, regardless of your wealth or actual success with the ladies.

However, living with your girlfriend or hitting what you can hit have not been shown to have nearly the benefit of marriage. Really, the evidence is overwhelming.

In fact, a recent study at the University of Arizona actually suggests that getting married is better for a man’s health than quitting smoking. Think about this for a moment. Everyone knows, including smokers, that smoking is horrible for you.

Governments around the world have spent tens of billions of dollars in the last fifty years to get people to stop smoking, but getting married is actually better for a man’s health than quitting smoking.  Of course, in the United States, Australia, and Canada getting married is probably going to lead to a man who smokes to kicking the habit too, so it is win-win on that point.

And how many times have you heard doctors, newscasters, and your mom tell you that you needed to lose some weight? Getting married is better for your health than losing weight.  I am not sure if married guys lose weight, from personal observation I doubt it, but fat married guys do live longer than fat skinny guys.

These are the two biggest health risks for most American men, but according to the professors from out at the University of Arizona those risks can largely be mitigated if you get married, and, amazingly, marriage maybe almost as good to your financial well-being as to your physical health.

And one thing that makes marriages with mail order brides particularly beneficial for men that as good as marrying is for a man, marriage is for a man it is better if a man marries a younger woman.

Is that good new or what?  Hallelujah!  There is a reason why you still like watching cheerleaders more than the game sometime, because if you are a guy in his forties, fifties, or sixties younger women – help you stay healthy and give you the best chance of raising healthy kids.

But for many guys in New York, London, or Los Angeles older men dating younger women is difficult, but in the world of international dating the so-called “May-December Relationship” is the norm.  Lots of normal, reasonably successful men marry gorgeous mail order brides every year, and many more successfully date younger women.  We have a long detailed article about dating younger women if you are interested. And you are interest or you would not have read all the way down to here, so be sure to read that article too.

For instance, insurance companies give better rates to married men.  The boys in Omaha, which is shockingly the center of the American insurance business, know married guys are less likely to take stupid risks and are more likely to watch their health.  Why?  Because married men are as a rule more happy.

Banks do not like making loans to single guys.  It is particularly tough to get a house loan. Why?  Because banks are in the business of loaning money to people who are going to pay back the money and single men have a higher rate of bankruptcy and untimely death, so they raise the bar on single men.

Even the police know that married men are less likely to become criminals.  Most hard nosed detectives have probably never read this Harvard study that explains that marriage provides a man with, “ …an opportunity for identity transformation and that allow for the emergence of a new self or script, what Hill (1971) described as the “movement from a hell raiser to a family man.”  I don’t know who this guy Hill was, but my great-grandma said more or less the same thing, but without using the word “hell” which never crossed her lips.

Think about that for a minute. Not only is getting married good for you it can actually make you richer. Partially, this is because today most women work, but it is also probably in part married guys are less likely to bet on football, buy bass boats, or loan money to old college roommates.

So, the best way for a middle-aged man to find the right lady to marry is by using an international dating agency. There are several reasons why mail order brides are so great:

First, it is the easiest way for a middle-aged man to meet younger women.  That is often extremely difficult for older men in the United States or Europe.

Second, many of mail order brides want to marry older men.  Oddly, this actually tends to be most true of the most beautiful girls, because they have usually been pressed hardest by local guys.  These women are looking for kind, intelligent older men who are going to treat them with respect.

Third, these women are usually smart, driven, and positive, because they are not simply sitting around and taking the hand that circumstances dealt them in life.  They are trying to reshuffle the deck in their favor by looking for man overseas.

So, the best way to live a long happy life is to marry a mail order bride!

But don’t trust me.  Do your research.  We have dozens of articles here and they all have links back to academic studies and reputable news sources.  Poke around our site and decide if international dating is right for you.