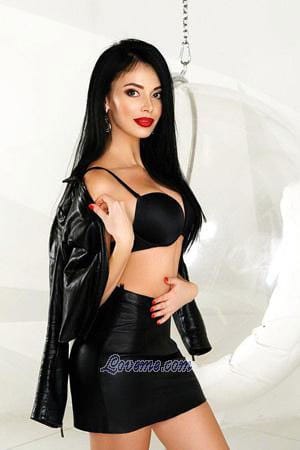 Svetlana is dark eyed petite Ukrainian beauty who reminds me of Clara Bow.  Who is Clara Bow you ask?

Only one of the biggest movie stars EVER!  She was the queen of the silver screen when actors acted instead of jabbering all the time.  Clara Bow was a silent screen goddess.

She wordlessly exuded sex appeal and became famous as the, It Girl, because she had it – off the charts sex appeal.

Svetlana has the same sort of appeal. She has IT.

She is a petite belly dancer.  What’s not to like?

She seems like a very sweet girl.  She explains,

My friends say that I am the most easy-going person they’ve ever met. You will never see me in a bad mood, even if you try hard!

And, although I try not to predict anything about relationships on here, if YOU take the same attitude towards Svetlana you and her could be very happy.  But don’t try to make her get in a bad mood.

That is so tacky, but it is also something many guys fall into.

Well, her profile is over at A Foreign Affair.  It is a good dating site with lots of tools to contact Svetlana or the other beautiful women on the site. Check her out!  She is a belly dancer!