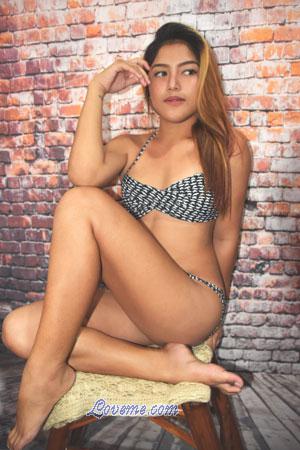 She is almost too young, but the truth is that in most of Southeast Asia when a girl in 18 she is going to start looking for a man. If she does not marry a Western man she will end up with a local guy in a year or two at the most.

And dating younger women can work, especially in the Philippines, because it is deeply rooted in the culture. And if you treat her well she will treat you better than you deserve.

There are a lot of good reasons to consider visiting the Philippines or the PI as the expats often call the country. First, the weather in the Philippines is shockingly good.

Yeah, it is a big country, about 800 miles from north to south, but in general the weather is about like Florida in the southern islands and not as hot or humid as North Louisiana up on Luzon. Actually, going north out of Manila you fairly quickly get in to low mountains a little like the Ozarks.

But the real attraction of the Philippines is the women. They tend to be sweet, kind, and understanding. They are used to taking care of a man and they know that older, foreign men are a great catch – especially Americans, Brits, and Australians.

April does seem a little picky about the man she is looking for.  She writes that…

I want to meet a calm and respectful man who would share interests with me and spend with me a lot of time. Someone who’s honest, sincere, polite, understanding and respectful

So, is that being picky?

I would say that this young lady simply has standards. She is not asking for anything crazy and if you are not up to giving her that then you are probably not ready for a mail order bride.

Oh, something tells me she is some sort of a pre-Reformation Catholic, or she will be when she has kids. Most Filipinas are, and I suppose that might scare a lot of guys off.

But, frankly, with apologies to King Henry IV of France, April is worthy of Mass. And if you are even vaguely thinking about having kids it is a good thing, because she will make sure they are raised well.

Her profile is over at A Foreign Affair.  Check her out!