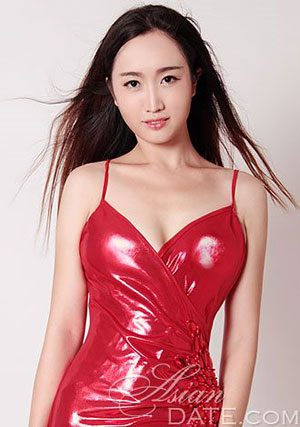 The term ‘romantic’  doesn’t fully describe Chinese beauty, Xiao Ling. Her profile is basically a poem. She speaks both English and Chinese and Japanese just because she can.  She is a nurse and obviously a very intelligent woman.

She has sort of a presence about her that almost reminds me of the women in Wuxia Chinese films such as House of Flying Daggers.

It is a sense of romance, culture, and royalty that makes anyone watching instantly fall in love with the leading lady. That is what I get when I look at Xiao Ling’s photos – a feeling of awe.

Based on her profile, I also get the feeling that Xiao Ling is aware of this presence. This 21-year-old woman describes herself as brave, loyal, noble and romantic. She also writes that she is pursuing perfection and is looking for a tall and romantic man.

If you are wondering if you are tall enough, she doesn’t list an ideal height.  She does list hers as 5’7 though, so you should probably be taller than that.

Besides looking for a tall man, Xiao Ling would like to travel to America and eventually live there. In America, she could eat grapes while lying in a beautiful meadow of lilies on a late summer afternoon.

Okay, once again, if it sounds like I am describing a Wuxia film, I promise you this was on her profile.

Xiao Ling likes sports, especially horse back riding and golf. Wouldn’t you like to play a few rounds with her?

For more about Xiao Ling, check out her profile (and especially her pictures) at AsianBeauties. If you want to learn more about Wuxia, check out this list of the top 10 Wuxia films.

Younger women make the world go around, we all know that, but a lot of guys wonder if it is really possible for some old goat from Texas or New South Wales to have a successful relationship with a beautiful young woman from the other side of the world.

The simple answer is, “Yes.”  If you want the details about how to successfully date younger women from all over the world, check out our article on Dating Younger Woman.