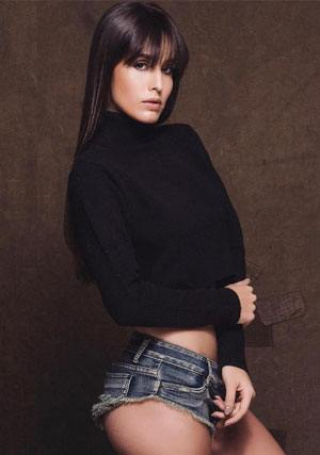 With Talita, we are leaning heavily on the matchbook side of the information scale.  Her profile at Amolatina is so lacking you’d almost think that she is in the witness protection program.

This twenty four year old that hails from São Paulo, Brazil literally gave us nothing to do on.

She describes herself as a happy person with a great personality but offers no real other characteristics.

She’s Catholic, so if you are looking for someone that’s got a bit of a religious upbringing that might be something to cling to when you are thinking of getting in touch with her.

As far as interests go, she really don’t leave much to talk about either.  She said that she likes to spend time at the seashore.  Which could literally mean a million things.

She could be talking about going fishing or lounging around the beach.  We really don’t know.  Sorry.

She does say that she wants an honest man.  Which is probably the most revealing amount of information that she could have told us.

But she doesn’t exactly put herself in an exclusive category with that admission because I doubt that there are too many women out there that would say to themselves they are looking for a career liar.

She’s currently in college, which at thirty one would lead me to believe that she has been on a long quest to figure out what she wants in life.  There’s no problem for self-improvement no matter what age you are.

At any rate, if you decide to talk up this beautiful Brazilian you might want to come prepared with a list of questions to ask her since she doesn’t exactly offer much other than looks on first glance.